The Neuro Humanities Studies Network aims at creating a multidisciplinary research community in order to develop and structure a linking platform for neuro-scientific, cognitive topics and humanities.

The Stockholm Metaphor Festival is an annual conference on the use of figurative language and other modes of figurative expression, arranged by the Department of English at Stockholm University. It brings together researchers from a broad range of academic disciplines, working within different theoretical and methodological paradigms in a creative, internationally oriented, and friendly atmosphere. The importance of figurative language and figurative semiotics is now generally recognized, and the Festival offers an opportunity to present and learn about research findings concerning figurative uses in different types of human communication, and their cognitive, cultural, narrative, poetic, rhetorical, social, textual or discourse functions. 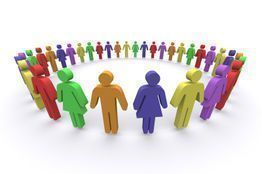 International Conference on Metaphor in Language and Thought

In its fifth edition, the International Conference on Metaphor in Language and Thought will take place on 7th, 8th and 9th October 2015, at the Faculty of Letters of the Federal University of Minas Gerais (UFMG) in Belo Horizonte, Minas Gerais, Brazil.

The V CIMLP is regarded as an important event for the community of researchers interested in metaphor and its role in language and thought. It is also important for the international community of Cognitive Linguistics in general. In its latest edition in 2011, the conference was attended by more than 200 researchers from around the world.

The call for submissions is open until March 15th, 2015 on the conference website. The conference languages are English and Portuguese, and the submissions should be in one of the two languages. Abstracs should have until three authors (maximum).

From 23 to 24 October 2015 the Faculty of Philology, University of Belgrade organizes the 5th International Conference of the English Department: ‘English Language and Literature Studies: Tradition and Transformation’.

The aim of the ELLSTAT conference is to promote exchange of ideas across different areas and theoretical frameworks of English linguistics and anglophone literary/cultural studies throughout a broad academic community.

For more information, see the call for papers.

The aim of the project is to compare structure and functioning of the visual and the verbal modalities of expressions of metaphor, so to ground visual metaphors in the conceptual system.

This will be achieved through an interdisciplinary method that brings together psychological data elicited from participants, as well as large scale semi-automated analysis of words across a corpus of language and a corpus of annotated images.

Read more about the project or join the research meeting on Tuesday 17 March to hear more about visual metaphors and the COGVIM project (www.cogvim.org).

In 1978 Susan Sontag’s Illness as a metaphor was published. The claim she made was that metaphors and visual images are harmful for the patient. Some commentators, in reflecting on her arguments, wondered whether these cultural artefacts were in fact categories that play a role of their own in moral contemplation. Moreover, people discussed in what way these images and metaphors functioned as instruments, and, if so, whether they could (or should) be replaced by better instruments. This BA course ‘Illness, image, metaphor: cancer in public discourse’ focuses on the research of these artefacts and their effect in reality and starts 2 February 2015. Read more about the course here.